As part of our blog series looking at major projects which are set to transform New South Wales and Queensland, this week we focus on the Gold Coast M1 Pacific Motorway upgrade. One of the 7 biggest infrastructure projects in Australia right now, the project will add many new jobs to the local economy.

The iconic Pacific Highway is one of Australia’s most famous roads. It handles a huge volume of traffic each day with locals, commuters, tourists and business vehicles travelling along some of the Pacific coast’s most beautiful stretches as the highway connects our major cities Brisbane and Sydney. 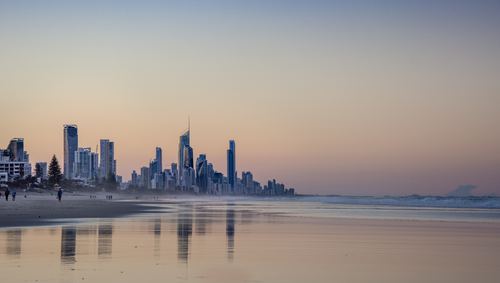 Today we are focusing on the extremely busy section between Brisbane city’s south and the tourist hub of the Gold Coast, which has been earmarked for an upgrade for some time now.

Former Prime Minister Malcolm Turnbull announced last year that this was a missing link in a great highway. 150,000 vehicles travel on this section of the M1 each day and this will grow to over 200,000 by 2041, driven by population growth in Southeast Queensland.

The project is projected to handle 25 per cent more traffic and relieve congestion for the coming 15–20 years, supporting the Gold Coast’s economic development. It will make getting in and out of Brisbane’s CBD much easier, lower accident levels and cut back on travel times for locals, tourists and commercial vehicles.

Any project of this magnitude is bound to be a huge boon to local and national infrastructure jobs. This section of the M1 Pacific Motorway upgrade clearly demonstrates that employment boost, which will require the cooperation of a sizeable team of expert professionals including engineers, surveyors, project managers and road workers

To inquire about recruitment opportunities for major projects like these, or for your business to attract candidates who want to be part of changing and improving Australia’s infrastructure, connect with CGC today.