Australia’s construction sector can see the progress of works stall for reasons beyond the designers and builders. But eventually, the work will continue. When this happens, it is vital that talent with expertise are on hand, to help these projects succeed.

As part of CGC ‘Projects in Focus’ blog series, this week we’re having a look at Spirit Gold Coast, a residential apartment building under construction on Queensland’s Gold Coast. 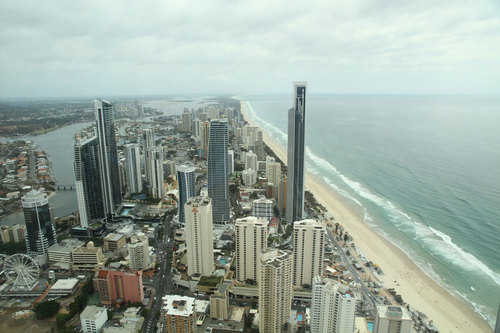 The plans for Spirit

Spirit – also known as Iluka - was first proposed by Chinese-backed developer Forise Investments in 2015 to be one of the tallest apartment buildings in Australia.

Its distinctive 89-storey design was created by DBI Design with a soaring height of 297.8 metres accommodating 470 residential apartments that come in one, two, three and four-bedroom set-ups, and an 1,800 sqm. four-bedroom penthouse priced at a staggering $41.2 million.

In addition, the tower boasts of five podium levels that will feature a selection of  boutique retail and luxury dining experiences.

Spirit is a very interesting structure, with its shape blending in with the Surfers Paradise vibe, its exterior designed to reflect the rolling ocean waves and shifting sands of the coastline.

The plans won approval from the Gold Coast City Council in 2015 and construction of the $1.2 billion-dollar project commenced in 2016 with an estimated completion date in 2020.

However, though Forise was able to begin initial construction of the basement level, creating hundreds of local jobs, it struggled to sell apartments and eventually sold the site at a loss in early 2019.

A mystery developer has since bought Spirit Gold Coast, though its future remains up in the air.

Now that Forise no longer controls the construction of the tower, it’s unclear if the existing design will still be used by the new developer who purchased the property. Nevertheless, when the project resumes, opportunities in construction, project management, consulting, and development will continue.

Ambitious projects like Spirit Gold Coast have huge potential and though they can stumble due to market forces, they can usually get back on track and create the landmark they were intended as.

At CGC Recruitment, we’re always looking at the very latest news in what’s happening at projects Australia-wide so we can respond nimbly to their needs.

So, if you want to tackle something like Spirit, join CGC today using our online registration, which takes just 30 seconds. You can also search our jobs for your next opportunity or contact us directly.