It’s been a busy month here at CGC with three new starters and an exciting arrival. This month we will hear from Dan Kundi, Principal Consultant on the hotspots in the civil construction sector and James Loomes rounds up on the CGC social.

The Civil industry is absolutely booming throughout NSW and it is only going to get busier and busier with mega projects such as NorthConnex and WestConnex really ramping up. This will be further bolstered when stage 3 of WestConnex (which is in the early stages of planning) kicks off in the coming months. Earlier this month the shortlisted consortiums were announced for the new Sydney Metro, partnering together are Ferrovial and Acciona, and the other consortium includes CPB, John Holland Dragados. Tenders will be submitted in December with the winning consortium announced early 2017.

When we mention ‘boom in the civil infrastructure industry in NSW’ a perception of contractors making record profits and thriving NSW communities is what most people outside the industry think is happening. The reality is far from this. With so much civil infrastructure being built in NSW, and very little in most other states, competition is high. There are contractors from Queensland, Victoria, South Australia, and West Australia desperate for work flooding into NSW. Competition is a good thing and the industry normally thrives on it, but there is a fundamental difference this time – we are seeing interstate companies bringing with them their supply chains, their labour, and their machinery.
Across the job market CGC have witnessed the increased demand for engineers with niche and specialist skills. The impact of having $20B plus in major infrastructure projects being rolled out at the same time had a massive impact across the industry with the requirement for the top talent still continues.

Positions that are currently in high demand for mid to large tier contractors are as follows: –

The depth of the CGC squad was further bolstered this month with baby Lily Marion Grantham entering the world. A beautiful edition to the Grantham household and no doubt gets her looks from Gill. Congratulations to both Gill and James.

A few new additions in the Sydney office also with new boy Will Gardner who is set to become the first man to complete Tinder in Australia. Will comes with 3 years’ experience working in the recruitment sector in the UK and will be working alongside Dan Kundi focusing on contract and permanent appointments across the civil industry. Will can be contacted on 0435935377 or email William.gardner@cgcrecruitment.com

We have also had Hayley come on board who will be working closely with Glynis to assist in making sure the CGC ship is running on course from the back office. Hayley can be contacted on Hayley.lane@cgcrecruitment.com.

Another addition is Lee Hayward who joined the Brisbane office who will be working closely with David Hope recruiting in the Brisbane construction market for temporary contract positions, Lee is contactable on lee.hayward@cgcrecruitment.com. 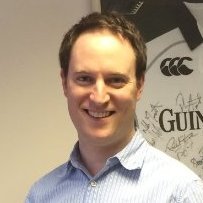 Welcome to Will, Hayley and Lee.

Team building / civil / rail enjoyed a well-deserved celebration following a fantastic result in Q4. The celebration was based around tenpin bowling where Matt ‘Twinkle Toes Fred Flintstone’ Weighill showed everyone that those hours at the gym and boot camps were not to waste and bowled everyone away to come in first place. Good work Matt.

After a quiet August at CGC HQ in Sydney with various team members off on holidays we welcomed back some of the office faces with; DT returning back from a trip to the Motherland, Trev coming back with a new found obsession with Tequila from Mexico, Nick returning home after Ralph’s first visit back to the UK and Billy on one of his 10 holidays for the year back from a relaxing break in Bali.

This month we are also delighted to announce that Rory Todd has turned 2 at CGC. Rory never does things by halves and always adopts a no nonsense persistent high level approach in his work rate, fitness levels and blood pressure. A man of extremes, he is as comfortable in the boxing ring as he is impersonating Freddie Mercury at karaoke. Rory’s jack in the box high energy can only be matched by his first love Wilson, his boxer dog. Ironically for a man who always worries, his catchphrase is “don’t worry about it”. Well done on an excellent last 12 months Rory and happy anniversary. Both Nick and James would like to thank you for your continued hard work.

And finally the CGC athletes took their place at centre stage for this year’s Sydney Blackmores Running Festival with DT, Trevor and Loomes representing. DT took the spoils with a PB followed by a strong John Wayne impression the following day. Top effort DT.